Six months ago I finished a course of Cognitive Behaviourial Therapy (CBT) having said ten years before that I’d never return to the treatment due to a bad experience with a therapist – I felt desperate. One of the core values I placed at the centre of my sessions was finding emotional balance independently of others.

It’s strange, after more than a decade of suffering with an illness which has both confused and enlightened me, it has taken that exact time to slowly welcome it into my life and realise that it’s here to stay.

I’ve spent half of that time unsure what I was feeling, blaming others, a quarter of the time blaming the illness for how I’ve acted and absolving myself of any responsibility and another quarter slowly starting to bring it all under control.  Writing this, I don’t think I’d realised just how far I’d come, until I had written it.

Each day I try and refer back to that core value which underpinned my CBT sessions because six months later it’s still relevant. To aide it I write both by hand, and I type, I take photos of others, myself and my surroundings and I experiment in the kitchen.

Here are my Nerves.

Looking back, by Nadya SJ

The blame game, by Nadya SJ.

When you left, by Nadya SJ

Fear of a promise, by Nadya SJ. 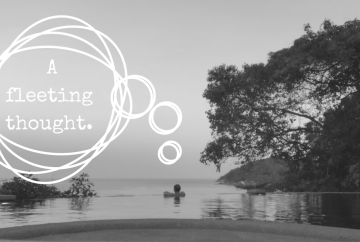 A fleeting thought, by Nadya SJ.

Catching my own breath, by Nadya SJ. 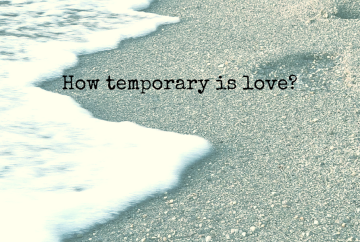 How temporary is love, by Nadya SJ.

When I’m not sat behind a desk earning the pennies or cuddling my fur babies you’ll often find me sneaking teaspoons of peanut butter from the jar, reading self-help books, or listening to music – I rarely watch TV unless a Netflix series grabs me.

I’m keen to hear your thoughts on Nerves and Nibbles, maybe you’ve tried a recipe, read a post or have some ideas – reach out.